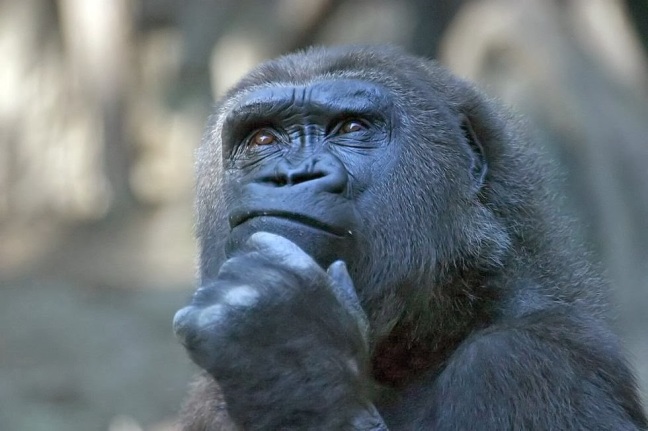 It is not ‘spiritual’, and it is only ‘self digestion’ if a person is concurrently consumed by a great deal of emotion, which seems to be the case for many seekers. Much confusion exists as to what the hell ‘autolysis’ means and what the hell one does with the ‘autolysis’. Keep in mind that ‘Jed’s’ books were written to sell, and a good deal of emotional charge is absolutely necessary for this kind of literature in order to generate good sales. There are two things that always work in sales: appeal to human sexuality and appeal to human emotionality, two great hooks to keep the human attention engaged.

Well… simplify. If one removes fancy words out of the equation, the clean and clear MEANINGFUL version is what I expressed in this short email below.

the process of considering or reasoning about something.

Notice the active component of thinking: considering, reasoning, in other words – pondering or contemplating something. Allowing thoughts on various topics to wander aimlessly in one’s head does NOT constitute ACTIVE thinking.

When Kenneth urges his audiences to drop thinking – he is talking in opposition to Jed McKenna’s call to sit down and start contemplating. Which simply means: ask oneself questions and look for answers to those questions, just like the Buddha did under the tree after utterly having failed at all other ‘spiritual’ endeavours.

Every question has an answer, that ‘perfect knowledge’ McKenna was talking about. I would correct him in saying ‘the perfect knowing’, as a distinction between obtaining information directly from self rather than learning from external sources.”

This is it. This simple notion is behind the famous metaphor ‘The Third Eye’. One does not grow some magical third eye. The MIND is your third eye and allows you to see things with clarity.

Those who speak about the ‘heart’ route to truth, or the ‘devotion’ route to truth – have no clear vision and are not quite ‘there’, even if, in a paradoxical manner, ‘there’ does not exist. It is always ‘here’, comes to you. Those folks are still mired in ideas: the idea of love, the idea of peace, the idea of compassion, the idea of brotherhood etc. etc. I doubt very much that dogs have ideas as such. However, they are perfectly capable of demonstrating any of the above. All those are naturally manifesting inclinations of one’s internal makeup. If one’s nature is that of being a considerate being – it will manifest after, regardless. If one’s nature is that of a psychopathic megalomaniac – that, too, will translate in what you see around; many of those are in positions of power and lord over the masses due to the internal lack of decency. Jed McKenna referred to this as ‘If you are still inclined to go and help others after..’ in his tirade about taking care of your own path first, before jumping on the bandwagon of universal ‘love’.

To stop seeing the illusion and to start seeing Reality – one has to utilise this unique to humans tool – own Mind.