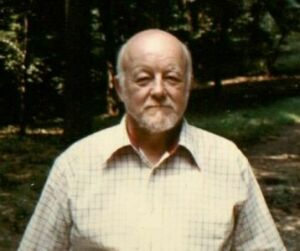 “you’ve got to get this Pollyanna crap out of your heads. People think they can indulge in whatever whim overpowers them at the moment, and that somehow this ‘spontaneity’ is going to transform them into a wonderful spiritual creature that God just can’t resist loving. This is nonsense. Life isn’t pleasure, it’s constant struggle driven by relentless tension. Look out the window. It’s a bloody carnage out there. Everything’s trying to eat something else, just so it can stay alive long enough to reproduce and provide more food and fertilizer for this slaughterhouse.”

Rose is absolutely THE closest to what I perceive as unvarnished Truth, and there are reasons for this similarity of perception beyond this article. His take on life’s realities is absolute and nearly absolutely true. I say ‘nearly’, because Rose was not beyond the confines of his particular upbringing, hence, the use of the word ‘God’, even though he imbued it with the meaning far from the ordinary church goer. His description of the moment of realisation (mind opening) sounds very similar to what I had experienced.

However. The differences lie in the fact that he was a dick, and I am a vagina, which  does influence how a person will go about their life. Dicks tend to need a form of activity, an unconscious vector of direction towards something, THE ACTION driven by testosterone. Why do you think males ‘mellow’ with age? The hormone levels drop, perhaps to the levels comparable to that of vaginas.

So Richard Rose ran about, farming, lecturing and ashraming in the belief that changing the realities of a few people is of value somehow. Of course, that in itself is a mirage, but dicks feel compelled to ‘make a mark on the world’, even when they do not consciously realise that. He did what he was driven to do, an inner inclination. At least, his vector of activity was not directed towards chasing vaginas as the main purpose of his existence, or building multi million dollar empires on the backs of human slaves. Sorry, dicks, and one day I will have something to say about vaginas too, with their incessant need for material security.

I hadn’t watched a single TV programme between 2011 and 2017. It was an instinctive drive to stay away from the Hive Mind in order to figure things out for myself. Now I occasionally watch the National Geographic which accurately records the real struggle for survival among absolutely every living form on Earth. It is the true jungle out there, a bloody, meaningless attempt of each individual life form to stay alive for as long as possible, only to turn to ash. And it takes the most peculiar shape in human societies, if one observes carefully the reasons for the despicable human acts. One step from monkeys on the evolution ladder does not automatically create the state of true humanity in every human.

Mother Nature is not as remarkable and awe inspiring as humans like to think of it. It is a fusion of natural laws of physics and of random, mindless chance. The necessity to consume another life form in order to survive is a fucked up cruel joke of creation when one considers it consciously. Lions do not feel remorse for tearing down a gazelle; they have no conscious capacity for consideration. We, on the other hand, are continuously caught between a human will to exist and human awareness of the cost of existence.

The price of sapience is the internal split, that mysterious word ‘separation’ so loved by spiritual groups. “You are ONE with the universe”, they repeat mindlessly, without any understanding that there is no ‘with’ and no ‘separation’ anywhere, except in their heads.

Is Truth too much to take for an average person? How much do you really dislike yourself to deny self a simple realisation that you are the Alfa and the Omega of your existence? That NO ONE in the entire universe will ever care about you in the same way you care about yourself? That YOUR life is primary to you and this can never be any other way?

If there ever was TRUE love – this is it: your own relationship with yourself, unsurpassed and invincible. After all, one does not get up in the morning and wish themselves all sorts of bad shit to happen. One wishes themselves only the best. And yet… humans desperately seek external love, scaffolding one another in this myth so that they stay afloat in the world.

Of course, there is also another side of the coin. You are absolutely nothing.

Mr Rose got that. He was also of the illusion that waking someone up from the snoozy nightmare is of benefit. A mistake.

“Oh, I still exist in the nightmare. Everyone on earth exists in the nightmare. The
difference is that when you people ‘die’ you’ll just go into another nightmare. Then there’s a tremendous agony that accompanies the realization you’re still not free. My job is to find five people and wake them up now in the hope that they’ll each find five more people, and so on. In that way, mankind might be benefited.”

As I said before….  no one is free. He was right to say that stepping out of the agony makes the difference. However, Human Condition, our collective Blueprint as species – is unchangeable, with all the consequences and high costs of being self aware, and no one man will ever have the power to affect this.
All spiritual movements are essentially about one thing: attempting to confront our origin, and failing.

Note: Jed McKenna writings are pretty close to Rose’s, but without the enigmatic belief in saving Humanity.

38 thoughts on “Richard Rose And Humanity”