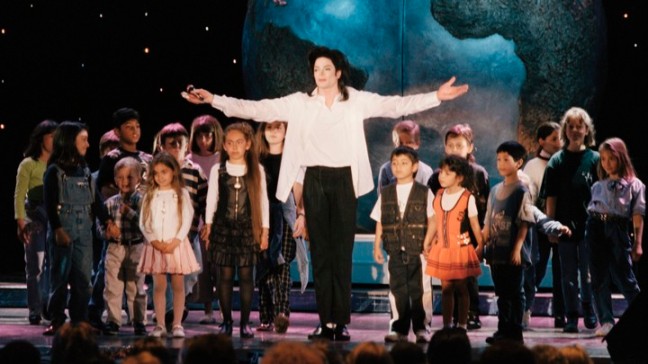 “He told me he loved me, and that’s how love is expressed”

Jimmy Safechuck, one of many boys befriended by a paedophile who hid in full view.

“After a while I realized there was a pattern. Every twelve months there was a new boy in his life”.

Wade Robson’s mother, one of many who chose to believe because it was convenient.

I watched the above with a heavy feeling, especially when it came to details of sexual involvement.  I kept thinking about my boy and what I would do to any man who would so much as just even harbor an idea of making him a sex toy.

No little girls in Michael’s fantasies. Having come to know all that I know now – I have no doubt it took place. You see… for a few years now and from my observations of the things that happen in Cambodia and the rest of SE Asia, I came to the conclusion that if a man takes an interest in underage children’s welfare – there is an unclean ulterior motive of an obscene nature. It is horrifyingly sad, but also horrifyingly true. I mean.. do YOU really have an interest in other people’s kids to a point where you would give them vast amounts of your wealth for no return? Really? Are you THAT altruistic? I personally have no interest in smooching over children, and that comes from a woman. They are just…. children. One day they will become adults, and screwed up adults too. You lot will make sure of that.

I may be a cynical old bat, but come on… when was the last time a stranger did something completely altruistically big for YOU? my guess is – never.

The repeating stories of men from all walks of life fucking little kids simply illustrate the deep animal state of us which is governed by only ONE force – sex. It takes a few (or a dozen) NatGeo Wild documentaries, coupled with conversations with people that I know about their past experiences, coupled with my own personal experiences, coupled with the recorded history of humankind to see clearly that an overwhelming majority of human children went through SOME form of abuse from adult human monkeys, be it sexual molestation, physical punishment or psychological battering.

If you wander about those school shootings… well. You reap what you sow, human kids. The solution is two-fold: accept violence as a natural occurrence among animal species OR as part of a more evolved conscious race – stop being violent.

Simple. Now, from your experience of the world…. which solution is at play?

Great Apes tend to copulate many times a day in the wild. It is a form of bonding as well as asserting one’s social status, as not every male can fuck every female; there are rules. Copulation between Great Apes takes place up to fifty times a day for an individual male, with no discrimination between young and old, male and female, family members or not. All is fair game. You need to ask yourself how far we as human species have really walked from that? How far? And what happens every day behind closed doors across cultures and geographical divides?

Another point is about the POWER of brainwashing. For little kids it has another term: grooming. A Stockholm syndrome scenario where the groomed kid bonds with their abuser, and the effects of the abuse will become known many years later.  For their parents – star struck. And this brings me to observe the obvious: no one has ever taught human beings to think for themselves, and an overwhelming majority have no intuitive capacity to stay away from the fake and potentially damaging scenarios of involvement with other more powerful individuals. Why? Ah well… human greed. What could Michael Jackson provide for those ordinary Australian families in this sordid unconscious exchange? Everything that humans desire: the VIP treatment, money, gifts, and above all – the feeling of being special. Oh yeah… don’t you crave being special for someone? And if that someone is a powerful, much admired God-like human creature – how much are you willing to trade (often without being aware) for his/her advances?

Ptttfff… they are only as powerful as YOU see them, as you afford them the power.

All of this reminds me… for months now I wanted to start writing a series of small articles on the most powerful force in Life and Death – SEX. How it is so powerful, what happens in the world as a result of this insane, biologically programmed drive and how it makes us no better than a couple of dogs who fuck in the street.

I wish someone sat me down and told me all, no holds barred, when I was ten.  The men in the documentary chose to speak about their Michal Jackson experience only after they had their own children and realized just how vulnerable a child’s mind is, and how easy it is to take advantage of human children. They received no financial compensation for speaking out, not as far as I am aware. Brave, considering that the pop idol’s fans are now enraged in their ignorance and are vying for blood.

Barbra Streisand comes out with a very different perspective on Leaving Neverland. In a nutshell, her take seems to be: hey, was it really all that bad?

“Oh absolutely,” said Streisand, when asked if she believed the allegations of sexual abuse made in the film. “That was too painful.” That being said, the singer also seems extremely sympathetic to Michael Jackson, to the point that she suggests the alleged child abuse is in some way mitigated by the fact “it didn’t kill them.” Explained Streisand, “His sexual needs were his sexual needs, coming from whatever childhood he has or whatever DNA he has. You can say ‘molested’, but those children, as you heard say [the grown-up Robson and Safechuck], they were thrilled to be there.” Said Streisand, “They both married and they both have children, so it didn’t kill them.”

Controversial? Sure. It didn’t kill them. All I can say is this: as a seven year-old I wouldn’t have asked to have sex with a thirty-year old man, or ANY man/woman, for that matter. It just wouldn’t be where I was in the developmental stage at seven years of age. So Barbra… how about you?

Macaulay Culkin made no comment about the documentary, even though the film claims he was that ‘new kid on the block’ usurping Jackson’s attention away from other boys and their families.

And a final thought… if you believe in the concept of karma – wake up and face the music. Many a dictator died peacefully in his sleep with no crime punished, and the same goes for human ‘idols’ of every creed. Look at the facts, not at your wishful thinking. No one is  routinely getting a karma stick for their bad deeds. Some turn careless, cocky or unlucky and get swiped by other humans. Some get away with it all and go to grave unchallenged. Above all… is there such an idol lurking in your life right now, unrecognized by you and hence more dangerous for your psyche and an overall state of wellbeing? Look closely, they come in many guises.

In other words… while ya’ll looking for ‘alternative’ realities and getting ‘enlightened’ – you are not looking at real Life and are lost instead in an ‘enlightenment’ arcade game. One more game.

Here is a link to the documentary on YouTube. This one is with Spanish subtitles, but there are more links just in English. it comes to sexual molestation parts at around forty minutes into the documentary:

Note: The Spanish subtitles video was removed from YouTube.

232 thoughts on ““Leaving Neverland”, Hey We Never Left It!”